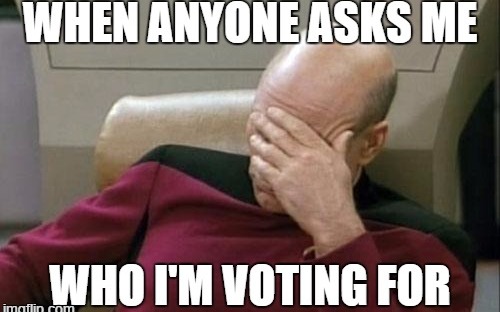 In a continuing quest to ruin my eyesight and read a book from every 2016 Candidate I just polished off HillDogs Hard Choices. At 560 pages (1400 on my iPad… seriously) this is a beast of a book that covers a lot of ground, some of it serious and some of it kind of crazy.

Before diving into Hard Choices, it is important to revamp the reading list, given the state of the race. Off the docket is Chris Christie (we should #freechrischristie though, dude looks like he’s in trouble), Jeb Bush, Rick Santorum, Ron Paul, Mike Huckabee, Lindsay Graham, and Martin O’Malley. I am about 75% finished with Carly Fiorina’s book, so even though she is out I plan on finishing it. It is a decent read so I begrudge the time to read about her time at HP.

Still on the blocks I’ve got Ted Cruz, Marco Rubio, Donald Trump, and Bernie Sanders. If Michael Bloomberg has a become I might try to squeeze him in, even thought we all know he has a snowball’s chance in hell. Today I checked Bernie’s book out of the library. I also have the audio of Rubio’s book, but I keep finding my mind wander when I listen, so I need to commit to the print verison. The Douglas County Library is clean out of Cruz and Trump… which says a lot about the state of the area I live.

But enough of the house keeping. On to Hillary.

The book tries not to read like a resume for the job of President, but that is exactly what it is, let’s all be clear on that point. Having gotten past that, this is a truly interesting collection of stories from her time as Secretary of State, some flashbacks to her time as First Lady, and a few anecdotes in her downtime (if you can call it that). Told region by region, Clinton covers her knowledge of the Middle East, Asia, Africa, and Europe including their leaders and the US personnel stationed there. She goes to lengths to establish that was was as involved as possible, in as many ways as she could be.

The book is long, not for the faint of heart, and clearly vetted by a team to make sure all the facts add up. If you’ve got a question about Benghazi, she has an answer. Want to picture Hillary as a family person, she’s got details of her daughter’s wedding. Need a little insight into her marriage, she mentions her travels with Bill during his administration. Anyone who questions her experience before reading this book will have a hard time doing so afterwards.

Along with that level of polish does come a bit of phony. Or maybe it is just because her life is one that is so out of touch with the average person. She did work to earn her education, and she did put in her time with the Children’s Defense Fund, but she has also traveled the world three times over, lived in the White House, met some of the most famous people of our time, and is sitting on a vast amount of money that few can relate too. Yeah, sure, many polticians are rich, so we can overlook that for now, but do the other items make her interesting and qualified or woefully out of touch with the rest of us? I guess that is a personal decision that each person needs to make.

In terms of the issues themselves, she has no problem saying she takes responsiblity for the State Department’s failings and mistakes, but at the same time she may say it, but there seem to be few repercussions. I like her ideas on Smart Power, and working to include more women and children’s issues in her agenda. But at many times her stories feel as though she is treading in mud, bogged down by the systems that she has long been a part of. I can’t lie and say that I wasn’t impressed with the easy way she talks to, and about, world leaders. It is pretty cool that she knows everyone — 0r knows someone who knows everyone — but if you want an outsider candidate, someone different, Hillary just isn’t it.

But read the book. Read the book and make your own educated decision. I may jump into her other books when my Election 2016 reading list comes to a close, since she has made some impressive leaps for women and women’s rights about the world. Her memoir Living History, and her first book It Takes a Village: And Other Lessons Children Teach Us will probably find their way to the library check out with me one day.